Who are hackers? Contrary to the popular belief, hackers are curious souls interested in knowing the mechanics of things around them. With the advent of computers, a new generation of hackers were born. These are the people who willingly burn the midnight oil to grasp the nitty-gritty details of the white box (or whatever color computers they have) with seemingly simple exterior. Let’s call them computer hackers. However, they didn’t carry the negative connotations as they do today. In 1960’s computer hackers used to hack systems mostly for the fun of it and least for obtaining some sort of profit from their activities. It wasn’t until early 1980’s did the term “hacker” earned disdain, when likes of Kevin Poulsen and Kevin Mitnick started using computers and internet for personal gains.

Hackers can be classified into three categories based on their modus operandi:

Given the long history of hacking, we decided to hunt around the internet in search of five hackers (both black-hat and white-hat), whose commitment to their craft would serve as an inspiration to our readers. We decided to do away with titles such as “true” or “top” or “elite” hackers as, in our opinion, they are debatable and it would be unfair to those who might be equally good but haven’t been included in our list. Below is a brief profile of people, who, we think, have attained a certain level of master-ship of this art. However, if you know of someone who should be on this list but isn’t mentioned, do let us know in comments. We’d love to hear about them and include them (if found worthy) in our list. Kevin was a notorious black-hat hacker of 80’s, nicknamed as Dark Dante. His popular hacking works include hacking all telephone lines of Los Angeles radio station KIIS-FM. He did it to ensure that he becomes 102nd caller and win a Porsche 944 S2. He went underground after FBI began searching for him. He was finally captured in 1991. He was sentenced to 5 years of jail by the U.S. court. He was also banned from using a computer or the internet for 3 years after his release. Interestingly, he was first the U.S. citizen to be banned from using the internet and computers after release from prison. Poulsen has reinvented himself as a journalist after his release from prison. He’s currently the editor at Wired.com. He has also written a novel, titled The Kingpin: How One Hacker Took Over the Billion-Dollar Cybercrime Underground, narrating the hacking adventures of Max Butler, who stole access to 1.8 million credit card accounts. 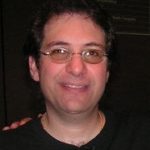 Also known by the codenames, the Condor, and the Darkside Hacker, he is one of the world’s most popular hacker. Back in 1990’s, he was in the FBI’s most wanted list as he hacked into networks of several organizations including AT&T. His most acclaimed work was breaking into Arpanet. He was termed 46 months of prison time plus 3 years of probation for this breaking in.

Currently, he runs Mitnick Security Consulting, which helps organizations test their security infrastructure. He is also the chief hacking officer for KnowBe4, a security awareness program. Pranav is a computer scientist, white-hat hacker, inventor and currently works as the Global Vice President of Samsung and heads its Think Tank Team. He is best known for his work on the Sixthsense technology in MIT Media Lab. Sixthsense is a wearable device which detects gestures and responds accordingly. Sixthsense is currently being used in NASA. Facebook is believed to have offered him 2 billion with 5% ownership but he decided to make it open source instead.

His research interests include AI, Robotics, Samsung Galaxy Gear, Machine Vision etc. Having worked as UX researcher in Microsoft, he was honored as “Young Global Leader 2013” by the World Economic Forum. Pranav has invented Mouseless, SPARSH, Blinkbot and Tangible Public Map among others. 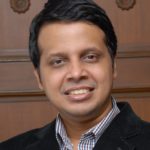 Vivek Ramchandran is a white-hat hacker. He is also a world renowned security researcher with expertise in network security, embedded system security and e-governance among others. Ramchandran has received many awards form tech giants like Cisco and Microsoft. He has authored “Kali Linux Wireless Penetration Testing: Beginner’s Guide” and “The Metasploit Megaprimer”. He has spoken in several conferences worldwide, which were quoted in several media houses including BBC online and InfoWorld.  He is well known as the founder of SecurityTube.net which provides training in network security.

To get more information on him visit his official website. Most of apple fan must be aware of “Steve Wozniak”. Wozniak is the cofounder of Apple Inc. He single-handedly developed Apple I in 1976. He is popularly known as Woz, who got famous because of his invention blue boxes, which were used to hack AT&T telephone network to make free calls.

Steve Wozniak needs no explanation of what he is doing now. However, for more information for him click here.

Subham Mishra is a student at IIIT Bhubaneswar and currently pursuing bachelor’s degree in Computer Science. He is a Coder, Cyber Security Enthusiast and die hard cricket fan. Outside of work and cricket he loves listening to music and reading mystery novels among others.