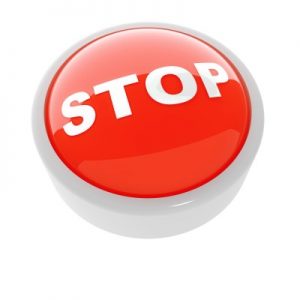 What is this Blue Whale Game?

The Blue Whale Game is an internet game. It consist of series of tasks assigned to players / participants by administrators during a 50-day period. The final challenge requires the participants to commit suicide.

What is the purpose of the game?

The game is claimed to be invented by a former psychology student. The inventor stated that his purpose was to “clean” the society by pushing to suicide those he deemed as having no value.

What kind of tasks are assigned as part of this game?

The tasks assigned, by the administrator, during the 50-day period, could range from seemingly benign activities such as listening to music, waking up at odd hours, etc. to dangerous ones such as self-harming, watching videos sent by the administrator, poking a needle to the arm or leg, carving a specific phrase on the person’s own hand or arm, etc. The last task of the game is to get the participant to COMMIT SUICIDE.

Who are the target participants of this game?

The game is primarily targeting teenagers who are already suffering from suicidal tendencies. Through its various challenges, the game brainwashes them to inflict self-harm and take their life.

How do the administrators reach out to potential participants?

Potential participants acquire the knowledge about the game from various sources such as newspapers, media articles, friends, social media, etc. Further information could be gained via looking up the game on any of the search engines. A willing participant can reach out to the administrators by leaving their contact details on associated forums, social media pages or on websites directly related to this game. They can use certain hashtags in their social media posts. The administrators select those candidates who would be exposed to psychological pressure.

Is the game limited to any specific country?

Though the game is claimed to have originated in Russia but overtime it has spread to other countries as well. It is being reported that the game has claimed 137 lives so far. Suicide cases have been reported in Argentina, Brazil, Chile, China, Colombia, Georgia, India, Italy, Kenya, Paraguay, Portugal, Russia, Saudi Arabia, Serbia, Spain, United States, Uruguay, and Venezuela. Recently, a 14-year old Indian boy was reported to commit suicide while playing this game. However, we need to await investigation and final report on the case.

How can parents prevent their children from participating in this game?

What to do if you find your child is participating in this game?

What are the steps being taken by the government and law enforcement agencies to curb the growth of this game?

Both the government and law enforcement agencies are focused to tackle the menace and danger posed by this game.

Let’s come together and bury this game before it claims another precious young life.